I am talking with Lara (not her real name) about a work project we are collaborating on. Lara attended a Money Workshop a few months ago, just before the summer. “I need to tell you something” she says.

I am all ears.

Lara tells me about her summer and about her young daughter who needed expensive child care over the summer, and about her husband who is (spoiler alert – ‘was’) a postman. About how they were trying to figure out what to do about the summer, the childcare, work, juggling it all, and making it work.

Then she says, “so we just put the money over there (she gestures as if gently but firmly moving something out of the way and placing it to one side); and we focused on what would bring us the most happiness.”

And, as a result of that small (it’s massive!) reframe, she goes on to tell me that her husband has left his job as a postman. That he spent all summer with their daughter. That they had lots of quality family time together. That her husband is taking some time out to think about what he wants to do next. And that in the meantime he is doing something that he has always wanted to do, “it’s one of his dreams”, Lara tells me, which is to build them an extension.

So, how do you respond to this story?

I can imagine a number of possible responses.

Maybe you’re thinking ‘good for Lara, but I could never do that’? (Why not dear reader, why not?)

Maybe you imagine Lara has loads of money stashed away somehow, so it is ‘alright for her and her family’? Maybe you are judging her or suspicious? Lara is building her own independent business which is doing fine while very much in the early stages. As far as I know, they are a fairly typical young family faced with all the usual choices and pressures.

Perhaps you think this is just a trivial summer holiday example. Nothing all that radical or revolutionary? Perhaps you are in the business of saving the planet or changing the world and are rather non-plussed by extension building and extra family ice creams? Ah. But don’t all revolutions begin with a tiny, almost imperceptible gesture. So quick you might miss it if you weren’t paying attention.

I invite you to take a moment to tune into Lara’s hand gesture. “We put the money over there.” Imagine it in slow motion. Imagine yourself doing it in your own life.

How does it feel? What is left to focus on now? What can now move to centre stage?

When Lara made that gesture, it was not disrespectful. This wasn’t someone shoving money out of the way – as if they could barely look at it, or as if it was some terrible problem to be got rid of. (Believe me I’ve seen that gesture many times! This wasn’t it). This was a clear, calm, conscious choice to make a life decision based on – in Lara’s words “happiness” rather than money.

Usually, we assume that the money must come first. We believe, because we’ve been educated and socialised to believe it, that the right number is what will make us free, or stable, or secure, or safe enough to then (later on) make decisions based on happiness.

Lara’s gesture flips that on its head. We make decisions NOW based on well being, relationships, happiness and what enriches our life NOW. And we do this as far as we can, regardless of the size of the money-number.

Does that mean that the money number is totally irrelevant? Well perhaps, perhaps not (that’s a looong conversation). But what it does mean is that putting relationship, well-being, life, creativity and joy first, making those things the gravitational centre around which the numbers orbit (rather than the other way around) is always the right thing to do. Anything that brings us life NOW rather than delays it and pins it onto some future money number is the way to go.

I’ve had the pleasure and privilege of working alongside some amazingly brilliant brains in the field of new economics and finance innovation. It’s exciting and encouraging to learn about the ways fine folk around the world are figuring out how to change the ways we measure economic success, how we make, move and think about money, for the benefit of all.

Key to all that work is the question: “how can we create a money system and an economic system that supports life rather than destroys it? How can we arrange finance, economy and money in ways that will bring out the best of humans and the natural world (rather than one we have that currently degrades and destroys)?” I am so pleased that these gigantic brains and passionate hearts are working on these problems and solutions.

But would you really like to know how to create new economic possibilities and how you can be involved in that – for your own good and as a step towards a happier healthier more harmonious global system? If so, I offer you the example of Lara – a regular, working mum, who chose consciously and courageously to shift her money story.

No wealth but life

“We just put the money over there and focused on what would make us happy. And we had a wonderful summer. My daughter got to spend loads of time with her dad. We spent loads of time as a family. My husband is getting to do something he’s always dreamed about doing.”

If you want to stick with money numbers (we really don’t have to, but it’s a hard habit to kick), ask yourself how much that summer is worth?

Ask yourself what it is you really want in life? And then in this seemingly simple summer holiday example, notice if what you want is already right there: relationships, contact, time, presence, following dreams, being seen and supported, being able to see and support others, love, care, fun, a sense of life being lived well, and of freedom to decide well. A freedom that ultimately exists with and without money (certainly there is less money now that Lara’s husband is no longer working).

The writer and political economist John Ruskin wrote that “There is no wealth but life. Life, including all its powers of love, of joy, and of admiration.” Our life is our wealth. But it’s so very easy to miss when we focus on the numbers that we hope will bring us life.

Everyone’s journey through life is unique. And therefore, everyone’s dance with money – and whether it enables or blocks our journey through life is also unique. If you are wondering what your personal version of Lara’s reframing would mean in your own life, what would be waiting for you if you could “just put the money over there”, you are warmly invited to a Money Workshop to come and find out.

PS – I asked Lara to read this piece before sharing it. And she sent the following response:

“I read this through and it got me a bit teary reading our own story back. Reflections wise it just reassures me that we made the right decision. It has been a more stretched couple of months money wise. But I’ve never doubted from a money point of view. It flows in and out and it is a cause of less stress as a result of that knowledge.

Your money workshop has been fundamental in that shift. It continues to be a journey!”

Life is and will always be a journey. The question always is what do we choose to place at the centre of our life, and how conscious are we about the choice we are making? 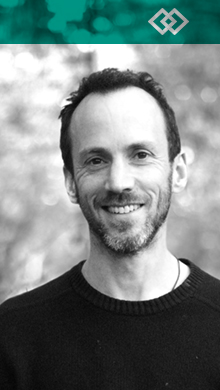